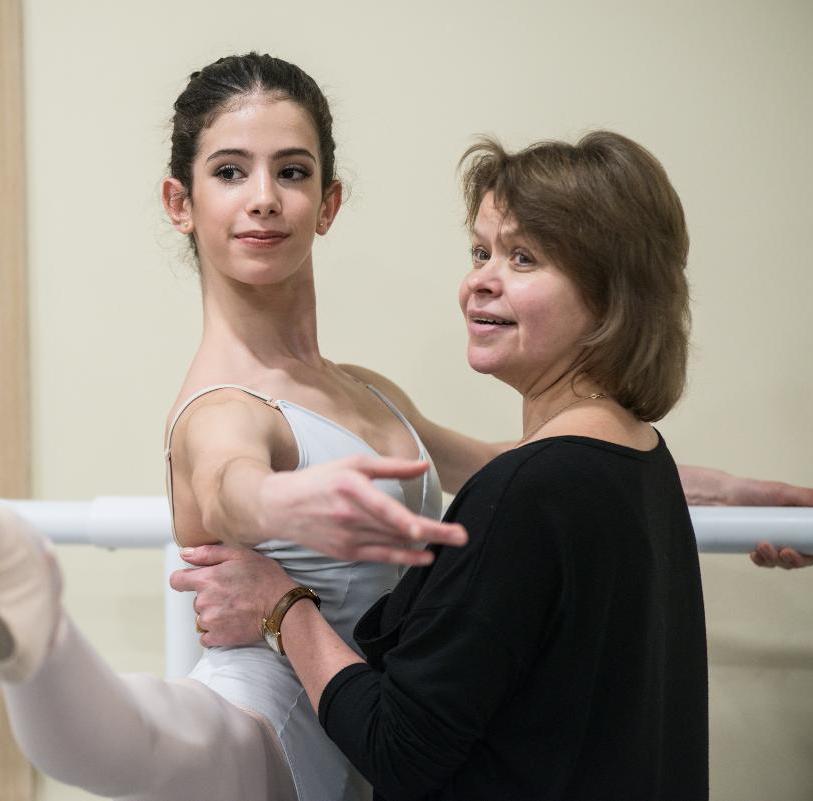 Margarita Kullik is the tutor of the prestigious and old company of the Mariinsky Theatre, where she stands out as one of the best in the world in her profession.

She graduated in 1981 at the Vaganova Academy with the legendary Natalia Dudinskaia and Irina Trofimova as her teachers. She immediately entered the Mariinsky Ballet, where she quickly rose to the position of a principal star. Kullik premiered numerous roles for this prestigious company such as La Fille Mal Gardée (choreography by Oleg Vinogradov) and Cinderella (choreography by Alexei Ratmanski). As the first dancer she assumed the lead roles in Don Quixote, Cinderella, Giselle, The Sleeping Beauty, The Sylphide, The Corsair, Romeo and Juliet, among many others, and toured different countries. Among her awards it stands out the prize of the International Ballet Competition of Varna (Bulgaria) in 1983.

Since 2013 Margarita Kullik has been a tutor at the Mariinsky Ballet and her remarkable work is palpable in the excellence of her pupils (such as Renata Shakirova and Kim Kimin), and has elevated her to the top and enshrined as a legend.
INTENSIVES
Ballet Experience → St. Petersburg